Since I mostly ate in New Orleans, I’m just going to do pictures of the places with food/descriptions. Enjoy. 🙂

I believe it has a Dijon mustard kind of dip. Mmm … it had a weird taste at first but after a few more bites it was actually quite good. 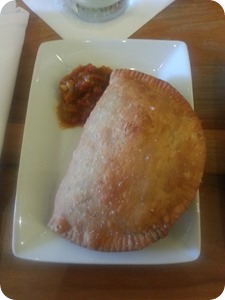 I’m not too sure what the dip is but it was spicy. And I really did love this. It was filled with many bite-fulls of oysters!

I didn’t know that both of these dishes were fried, else I would of got something else but OHHHH shiet! So good. I wish I actually got to go there again before I left.

I didn’t get beignets! I know! It’s a crime!

But I didn’t want sweets since I was so full from Cochon … so I only got a Large Iced Coffee | $5. It was too water downed and tasted like poop. What happened?! I guess they were just busy but meh …

Eat the beignets … they’re much more worth it. 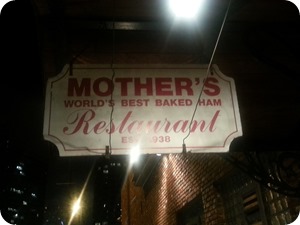 I forgot how much it costs but mmm … they served TOO much jambalaya but it was pretty dang tasty. I really loved the cabbage and wished I had more of that. As for the fries … you all know I love potatoes and these were perfectly done!

It was pretty good … just don’t come here for breakfast. Definitely overpriced for that kinda food.

I’m not sure what I ordered … but that it’s obviously Pho. And that it obviously does not taste as good as Houston. Obviously. But if you’re in the mood for Pho in New Orleans, this would do.

If you had to get ONE thing in New Orleans … get this. I about died eating this. It was that delicious. It wasn’t dry like most ducks I’ve eaten at restaurants. My coworkers were actually jealous at how wonderful it came out.

How do they eat such heavy breakfasts?! The sausages were super oily. No me gusta. The eggs were done up just right and though the biscuit looks burnt, it was actually quite the right amount of cripsness/softness factor.

I’ve never had grits before … or I’ve had but didn’t like it. Gave it another try and it wasn’t bad at all.

Breakfast at Lüke’s isn’t as great as dinner. That’s all I have to say about that.

Um … it was actually, surprisingly good. They give you so much shrimp and chicken unlike many other places I’ve been too. This plate would be enough to feed 2 people … possibly 3.

Go here if you crave Thai food in New Orleans!

This is located in the World War II museum … we got to watch the movie that’s in 4-d. It’s VERY educational. I want you all to go!

The chef is the same one from Lüke Restaurant … if y’all were wondering. 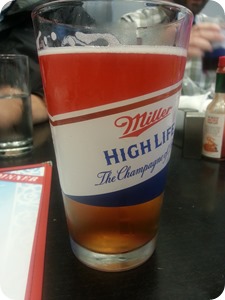 I was a little skeptical to not get Guinness … my go to beer every time I have no idea what to get.

I was not disappointed.

I’m not going to lie. I forgot which tin is what but they’re pretty much the same. The only thing is the inside. I liked the meat pies more. It was juicy and spicy! The shrimp pies on the other hand … it was just weird. But nonetheless good. 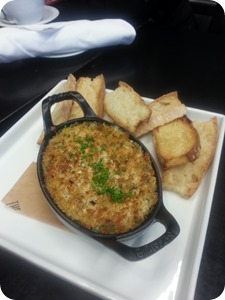 Mmm … I’ve had better. The bread wasn’t good to me at all. It was too hard to eat. 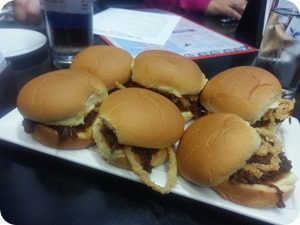 Oh man … they cut up that meat real nicely. It was kinda like sloppy joes … but without the slops. Must try!

Mmm … this was a “heart healthy” meal. And it sure was. One of my coworkers got the same exact meal as me … but she said hers was dry and cold … lucky for me, mine was the exact opposite. It was too dang good.

Only thing that confused me was that I had flowers and stuff in there … which I don’t think belonged.

They seemed pretty messy here. Hopefully it’s because they are still new. Else, they need some work.

My first King Cake. It’s a must since it’s so close to Mardi Gras time. And I got the baby! Yay!! It’s like a Cinnamon Roll … but with Mardi Gras sprinkles. I really do think sprinkles make everything taste better!

That’s it! I’m full just looking at it all.

Hope you all have a great Friday!!