If you’re a follower of Alex’s blog, this might sound familiar. I had this written to post on the special day but she beat me to the punch! We are so alike!

It’s a long post so it’s okay if you skip it and only read the memes but if you read it all, I’ll send you a virtual cookie.

Today’s the first day of classes for my Alma Mater. It’s kind of bizarre not going back to school after being in it for forever. Everyone’s reunited and it’s so strange that I am not. Some people love work more but I miss those last couple years of college. That’s when I found people I actually felt comfortable being myself around. Maybe this will change after a few more months but for now, that’s how it feels to me.

I’ve been told I get along with everyone. Walking down the halls or through campus, I would see someone I know or they would see me and we would exchanges “hellos” to the point where I was dubbed “popular”.

They cannot be more wrong. If y’all don’t know by now, I immigrated from Hong Kong so in pre-school, I didn’t understand English. But was able to still make friends. I guess when you’re a kid all you had to do was share crayons.

When elementary came, still not fully understanding English, kids jumped at the chance to be my friend. Maybe because they’ve never seen a little Chinese girl before? I don’t know.

It’s weird how it happened as well. All the cool kids were in another classroom yet I got along with them during lunch, recess, and arts. Guess sharing your jump rope with the girls and playing basketball with the boys helped, too.

I still felt like an outsider though since the lack of English puts you in a barrier.

After 4th grade, my parents told me I get to finish 5th before moving to somewhere else in Houston. But shit happens and I didn’t get to do my 5th grade with my friends I grew up with. I didn’t get to say goodbye. I lost them all.

It was hard making new friends at a new place going into 5th grade when everyone already had their own friends. I got really shy but met Manvi on the bus and we became instant best friends. We even had best friend gems. We’re not best friends anymore but for some reason, we both still have our gems and talk about it whenever we bump into one another. I met some of her friends and made some of my own.

After elementary ended, my cousin, Timothy who was in the same grade as me, told me I hung out with the popular kids and was surprised. Really? … Uh … Okay.

Middle school happened. More than half the people from 5th grade went to a different middle school so I had to yet again make new friends. I got even more shy. I didn’t talk a lot in and out of class except for orchestra since Timothy and my brother were in that class with me but I got along with everyone and would know anyone that walked down the hall. I had classes with some football players, basketball players, cheerleaders, etc. and we got along well. But I was still reserved.

I was told I was friends with the populars. So why didn’t I feel that way? I still felt like the awkward kid. High school came and less than 1/4th of my middle school went to my high school. Everyone else went to the high school that was 3 minutes away from my house. Sometimes school districts suck at zoning. My commute was 10 minutes to school … and that’s without traffic.

Shy yet again I kept to myself most of the time but as the days went on, I started making new friends naturally. Being in basketball and orchestra helped a lot. Sophomore year I broke through my shell and got all crazy and met a lot of people . Everyone seemed to know me. Yet I still didn’t feel like I fit in. But people who walked with me felt I was because I knew anyone I passed by in the halls.

When I finally thought I found some great friends who I never want to leave, college came. We all went to different colleges and it got kind of hard to keep in touch. Even with Facebook, things were different. If someone doesn’t want to make the effort, it doesn’t work. I’m still friends with some of them and they are now my bestest. I would not change that for the world.

It took a while but I started to make friends in college. Went through many of them if you ask me. College is a place you grow and find yourself … some people never grew up and I didn’t want to stay through the immaturity. Throughout all those years, I never felt I fit in no matter how much I tried with whatever group I was in. I was told I was “popular” but I felt like the kid from the outside looking in. I was never in the “in” crowd. I was never popular. I just knew a lot of people. That is all.

I never felt like I fit in until the end of college. I found people in my life I could finally be myself (other than the ones I could obviously before) because they believed in the same things as me and didn’t care how weird I was, I hope.

Now I’m at my new job trying hard to stay in touch with them. But it’s hard when they don’t reciprocate. It’s even harder to make friends now because all you do is work. Hopefully some workers become my real life friends but that’s unlikely.

I’m thankful for the friends that text me or message me or email me through the weeks … it makes work more bearable and shows that they care. I’m actually grateful that I’m reconnecting with some of my good friends from high school. It feels great. I’m not sure where it’s going but I hope they’re here to stay.

I’m glad I got over the phase of trying to fit in because no matter where I’m at, I know I have the bestest.

Price texted me the other day that he’s too busy working and getting his MBA to make friends and stay in touch with them. My response? I’ve been through that. All through high school and college. So I learned.

With Price it’s been 6 years give or take and we can still hold a conversation when I saw him again at Alyssa’s wedding.

Same goes with blogger friends. I’m always here for y’all! Even if we never met.

That’s the end of my reflection. Hope you all have a great hump day! And for those starting school today or have school, hope it went well. Enjoy it while you can!

P.S. If you were wondering, Manvi went to all the same schools as me … even college. Bizarre, right? We’re not close anymore but it’s always nice when we see each other. 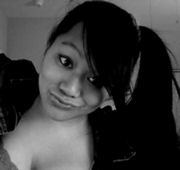