Growing up, I don’t think we really made lists. We got what we got. Sometimes that would mean workbooks. Yes. Asians are serious about their studies.

It seems everyone have things they want for Christmas on their lists … not things they need.

I guess that’s the beauty of it. In hopes someone will actually give you what you want. Hmm …

So what are things I want but not need? I guess I’ll follow suit and make a Christmas Wish List.

Taylor Guitar …not sure which one I would choose but there are a few choices that I love and wish I had. If I could I’d want them all!

Shiba Inu but I guess any doggie that I find very super adorable will do.

Canon DSLR Camera … again not sure which one. I just really want to learn! 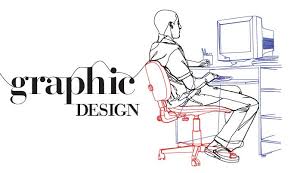 Graphic Design classes or video making classes. I like to learn stuff like that and I only have limited knowledge. Maybe even get a degree in it just for funsies.

What do you want for Christmas?

I don’t understand how people can update 3-6 times a day. It’s a little ridiculous to me. Do y’all not have a life?! Or am I just SUPER lazy? I think it’s the latter. Anyway, the load in my Google Reader is making me stressed out.

So I relaxed with online shopping. Online shopping is the devil. I only bought stuff because I had coupons, else, I wouldn’t bother. But oh oh oh! I am excited for all the stuff that is going to be coming in the mail! I cannot wait!

Andrew C. texted me two songs yesterday and I’m already in love with them. I’ve replayed them a bunches of times! I think I broke the replay button. I love, love, love when I get new songs to listen to! Especially when they’re right up my alley! I was actually very surprised I got a text from him since I haven’t really talked to him in a long while but it was nice nonetheless to catch up a little bit.

And Travis now has internet/cable at his new apartment!! So we’re able to catch up. Seems life is going really well for him. No matter what he thinks. We’re all growing up. I wish I wasn’t though because my paycheck is now partially gone to pay back loans and buy my own insurance. Yuck. But the good thing about growing up is looking for a puppy! My dream doggies pictured above. Shiba Inus. But they cost an arm and a leg and there are none in the shelters. Aren’t they cuties?!

Since I’m living at home, I had to get an okay from the parents … and I did! I’m so excited. I’ve been searching online for the one. I feel kind of bad doing so because I feel like I’m shopping for a dog. And that sounds HORRIBLE to me. I’ve been looking at shelters and I even downloaded the Petfinder app on my phone!

I wish I could adopt them all! They are all so dang cute. I’ve found one I really love but my parents aren’t so fond of him. Guess I have to keep looking. Hopefully I find one we all love because I cannot wait to have him/her with me forever and ever!

Hope you had a great weekend! I surely did!

Jenny and I have had Krypto all semester pretty much. Sadly, he’ll be leaving us next semester so that we can focus on our studies more since we should both be graduating.

But Jenny and I always make it a habit to go to PetLand once in a while.

Last Saturday, we went. Look who we found!

Look at him all chill and stuff.

He’s a Shiba Inu. A dog Jenny and I have been wanting since the end of time. We go crazy when we see one.

We bid farewell to him and went home.

Later that night, Jenny wanted to open her bottle of wine. We don’t own a corkscrew so she went and YouTubed a video a while back and saw a method of opening it.

You can open a wine bottle with a shoe?!

We also saw that you can open it with a book … we tried that method first. (These pictures aren’t the best ….)

The book method. The book on the table is not the same as the one Jenny’s holding. It was too heavy for her.

The book method failed us. So we went and used the shoe method … then changed and used the towel method. Pretty much it all involved us pounding it against the wall.

She resulted in knifing that in the end. Yet we still couldn’t get it to work.

We had to go over to the guys for help. (Funny story: They heard the pounding and thought someone was trying to break into someone’s house! haha)

Travis and I laughed while Jenny and A.V. tried hard to get that cork INTO the bottle instead of out just so they could taste that wine.

Let’s just say … too much pressure so it sprayed everywhere. But Jenny got her wine!

On Wednesday Katrina and I hung out a little before a benefit night.

Don’t know if you can make out the words on the floor. It says “Kat” and “Mel”. Teehee

We went to Walgreens so she could print out some pictures. While we waited, we walked around. Uhh what are these? Weird looking … scary, actually, is more like it.

We also came across this. Is this really what kids are playing nowadays?! “Monster High”? Sounds about right … it looks like she’s holding a marijuana fan … horrible. Plus, look at the clothes she’s wearing … or not wearing. And her sickly skinny figure shows kids what the society wants them to look like. HORRIBLE!

On Thursday I finally finished the week off strong. No more projects or presentations so I spent time with Jenny and her friend and painted while watching The Country Network. So Fun!

A very random post for a very busy week.