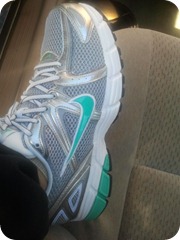 12.02.11 – Read Quality of Life written by the EMBA before having to go into a conference thing with them. And made myself a pop-up bowl of popcorn.

I learned a lot at this conference. It made me feel a heck of a lot smarter too.

12.03.11 – Got the box filled with vitacost.com stuff! I got to try so many things I’ve always wanted to try. Thanks Groupon!

12.06.11 – These little devils come out of one of the food places on campus. They are the devil because they’re addicting. I’m going to stick to the cinnamon ones in the future though because the jalapeno ones are disgusting!

12.10.11 – Krispie Crème donuts Krispie Kreme donuts? Either way we got the Christmas flavors as well as regular glazed.

I did a close up shot of the snowman because it’s so cute!! Too sweet though. 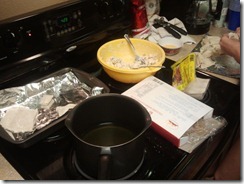 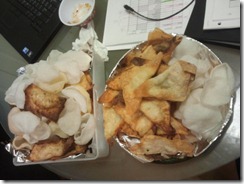 12.11.11 – Jenny and I made crab rangoons by hand along with shrimp chips while Tammy studied hard for her finals. We ran out of oil and had to go and get more. Whoops.

They were a success though, but next time, we’ll know not to make that many.

12.12.11 – Tammy sent me a picture of Pluto while I was hard studying for my finals. Ain’t he a cutie? She was already done and had gone home for the break. I was super jealous since my finals haven’t even started!

12.12.11 – Tammy helped Jenny marinate the chicken drumsticks before she left so we had some of that and rice. Jenny snacked on some leftover crab rangoons as well. Delicious. 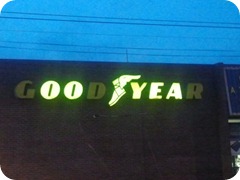 12.13.11 – I took Jenny to Just Brakes so she could fix her car. When we went to pick up her car and go back home, we were stopped at the light and I saw this lil dealio. I called Jenny and told her to look on the left of us. “Oo Yea”. 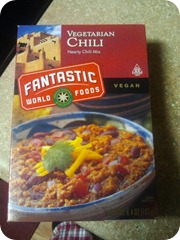 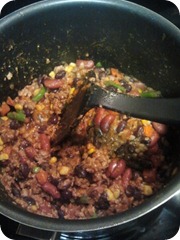 12.14.11 – Finally tried out the Vegtarian Chili. Only thing you need to add is a can of beans and a can of tomatoes. I am not one to follow directions so I added some ground turkey, kidney beans, and black beans.

So delicious! I am going to get this again!! With the mashed potatoes, it tasted like Shephard’s Pie! 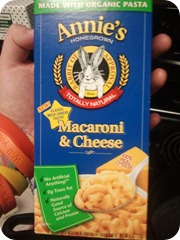 Note to self: Be patient when pouring out the water. There is water in the holes of the macaroni. 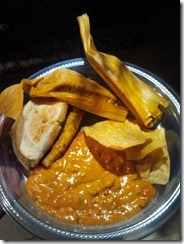 12.16.11 – My friend, Maira, and her dad and stepmum was having a Christmas Party and invited me. I went with Travis (my next door neighbor, brother bear, etc. and Maira’s boyfriend). They had DELECTABLE foods!

Queso, tortilla chips, quesadillas, tamales, taquitos. They had so many desserts as well. Yum! I obviously went for seconds. Bad idea?

On the very right I took out my feather during the party. It was bugging me so it had to go. Needless to say, I lost some hair in the process.

I hope everyone’s having a good winter break for those of us that have it. For everyone else working, we love you.